I do apologise for the lack of updates. I have been working non stop for almost a month while people in work have been on holiday. Here’s a quick update on what i had for breakfast this morning.

This is my day off treat to myself and it was absolutely amazing! I feel so guilty! 🙂

I placed the milk and oats in the blender first, then added all other ingredients and let it blend for a minute or so. It made enough for two small glasses. I had one glass straight away and the other is chilling in the fridge for lunch 😀

Nutritional Info:
Serves 1 or 2 if poured into smaller glasses.

Hello, I’m back with a new flapjack flavour for you all to try! This is my first attempt at doing a chocolatey kind of flapjack and it is so incredibly moreish that they don’t stay around for long! This is the original recipe I added in orange zest and juice 🙂

Melt the butter, syrup and sugars in the saucepan. Do not allow them to bubble.

Take the pan off the heat and add in the orange juice.

Mix in the oats, cocoa and orange zest and spoon mixture into a baking tray lined with parchment and bake for 15-20 minutes. The flapjack needs to cook to the centre but you don’t want them to bubble, otherwise they will be too toffee-like. They should stay moist.

Remove from the oven and leave to cool for about 20 minutes before slicing up. Leave to cool completely before removing from the tray. Then Enjoy!

Sorry for the poor picture today, I almost forgot a picture, So I snapped one quickly before these were gone!

The flapjack today is cherry bakewell. I decided to do this without jam as they are lovely without, but you can add it for some extra oomph. I have to say i will make these again and next time i shall remember to buy ground almonds (doh!) if you have these definitely add them as i forgot to buy them but they still taste great!

Preheat oven to 180c. Melt the butter, sugar and golden syrup together. Meanwhile, mix the dry ingredients. Take the wet mix off the heat and add 2 teaspoons almond essence then add to dry ingredients and mix well. Spoon out onto a baking tray lined with baking paper and top with flaked almonds.

Bake in the over for 15-20 mins (till the edges are golden) Mark out the slices immediately after cooking, and when they have cooled a little, lever them out of the tray and onto a cooling rack….then enjoy on there own or warm with some ice cream/custard! 🙂

I have been searching for the perfect flapjacks recipe for the last few weeks. All of mine either ended up more like a crunchy granola bar or a soggy mess!….Well I’ve found the perfect recipe today that worked a treat!

I found this recipe on http://www.naturallygoodfood.co.uk/ and the only adjustment i made was adding an extra tbsp of syrup which i won’t do next time, but my oh my….perfect consistency!

Here is the recipe converted to grams:

140g Oats (I used jumbo oats, but you can use porridge if you prefer that)

Preheat the oven to 180c. Melt the margarine, sugar and golden syrup together. Meanwhile, mix the dry ingredients. Add the melted ingredients and combine. Turn out onto a greased baking tray and bake for 10-20 minutes. Mark out the slices immediately after cooking, and when they have cooled a little, lever them out of the tray and onto a cooling rack.

Oats are full of iron, zinc and vitamin B. They’re a great slow-releasing source of energy, so while you can’t exactly argue that a flapjack is a health food, it’s a great deal better as an energy-boosting snack than a lot of commercially produced cakes and bars.

This recipe can be added to and tinkered with, of course. I made a second batch with coconut and cherries which were yumtastic!  Just don’t, ever, forget the flour!

Like Loading...
I blogged two days ago about my trouble with homemade deodorants and my last batch was another failure for me. I can’t decide if it’s the baking soda that causes irritation on my underarms or the essential oils. If you are not sensitive to either it may work fantastic for you! So please do try it!.Today i started afresh and decided to try another recipe this time my own. I wanted to remove the baking soda completely, but got scared so i kept a small amount in. This makes a good sample size that fills 1/4 of  an old lush tub….Just enough to see if it works without using too much product.

I store it in an empty Lush pot 🙂

UPDATE 8/4/13: just to show you all that i actually use this. I’m nearing the bottom of the tub with no irritations or rashes and it actually works at keeping me dry more than anything else I’ve ever used! I might change the scent for the summer but I’m actually scared to because this is working so good! As you can see it’s a little crumbly, but that goes away as soon as you apply… it melts right onto skin!

Like Loading...
Starting 2011 I decided to cut out using commercial deodorants as none of them were working for me. I had  also tried prescription strength which worked for the first few times and then stopped, but what worried me more was what was in these sprays and roll ons and why did i actually need it?.

I had read a lot of good things online about making your own and letting your body get expel of all of the toxins from the many years of using what we thought was “normal”, So i made up my first batch following this recipe which worked out great for the first week then i ended up with bad dermatitis which i found out was a  bad reaction to the baking soda (i didn’t use any essential oils) I then tried a second batch using less baking soda and adding some essential oils and got the same problem but i found out the oils i was using caused skin sensitivity and my baking soda settled at the bottom of the jar….grrrrr

So i gave up on home-made and moved on to Salt of the Earth Deodorant Spray which worked good if you weren’t doing any strenuous exercise or anything at all really, but it was expensive for something that didn’t do what i wanted all the time and the spray was very wet and took a while to dry.

I then went back to commercial deodorants and actually things seemed to have regulated back to normal, I have been using Dove Dead Sea Minerals which has been great! before when i used commercial i used to sweat constantly nothing kept me dry and it would always ruin my day i almost considered BOTOX things were that bad!.

My recipe was loosely based on this i decided to half it just to try a sample first as we seen what happened before and i didn’t want to waste good products. It was a lovely consistency, but has hardened into a bar maybe due to how cold it is here in Scotland?….Here’s what I used:

I haven’t tested yet but will be straight on it tomorrow and i will update the recipe if i feel it needs tweaking at all. I’m excited to try it because it has no coconut oil in it like my last tries and i want to see how different it will be. I may have overdone it with the botanics oil thought but we shall see 🙂

I also ended up making my own carpet deodorizer out of boredom:

Sprinkled on and left for 30 minutes….Worked like a charm! Who knew it was so easy! So no more having to buy nasty shake n vac i can now make it all myself for much cheaper 🙂 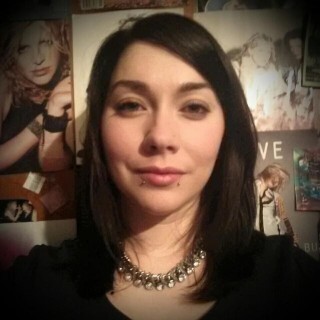 I am a blogger based in the UK. I blog about fashion, music, events, recent purchases and my day to day life. I am currently trying to make the move to more natural skin and haircare products which I will blog about my progress and also do reviews of items I feel worked for me. 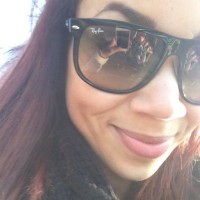 Pure is all about pure, non artificial, clean food. This page will keep you updated with yummy clean recipes and tips on how to make clean food a part of your lifestyle.

The Oatmeal Artist
In Sonnet's Kitchen